In the final hours of 14th April 1912 the RMS Titanic, on her maiden voyage from Southampton to New York, collided with an iceberg and ‘the unsinkable ship’ slowly sank. It was one of the most tragic disasters of the 20th Century. 1517 men, women and children lost their lives. Based on real people aboard the legendary ship, enjoy the production that has won Best Musical and Best Score! Brought to you by The Complete Theatre Company. 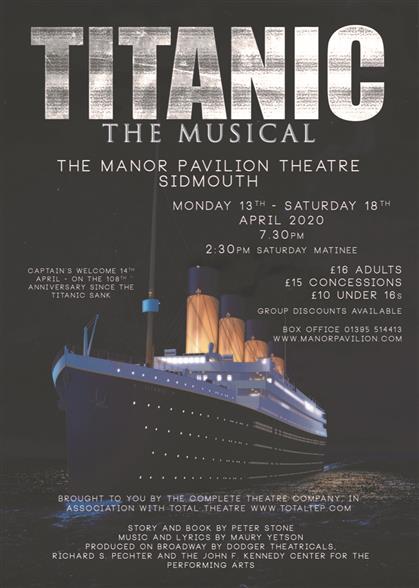